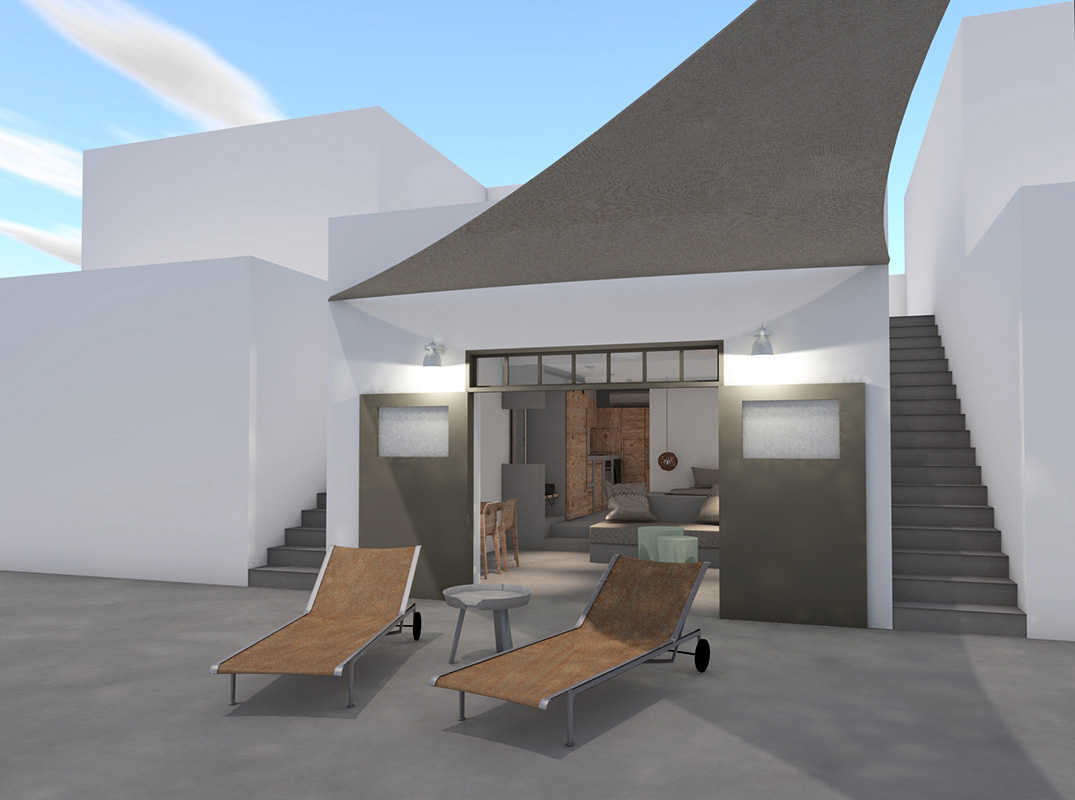 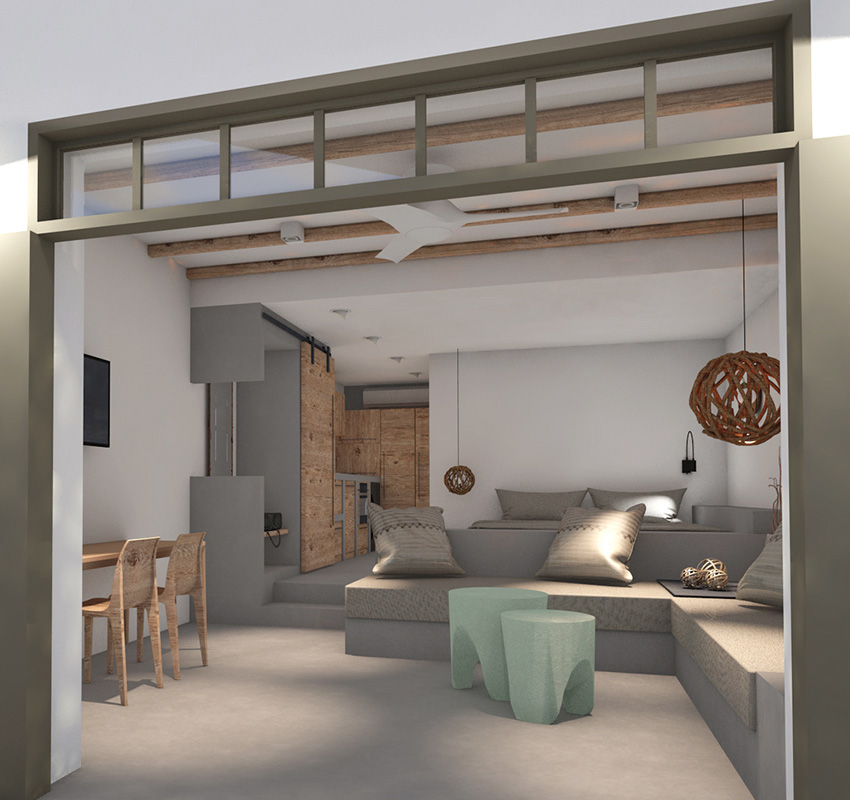 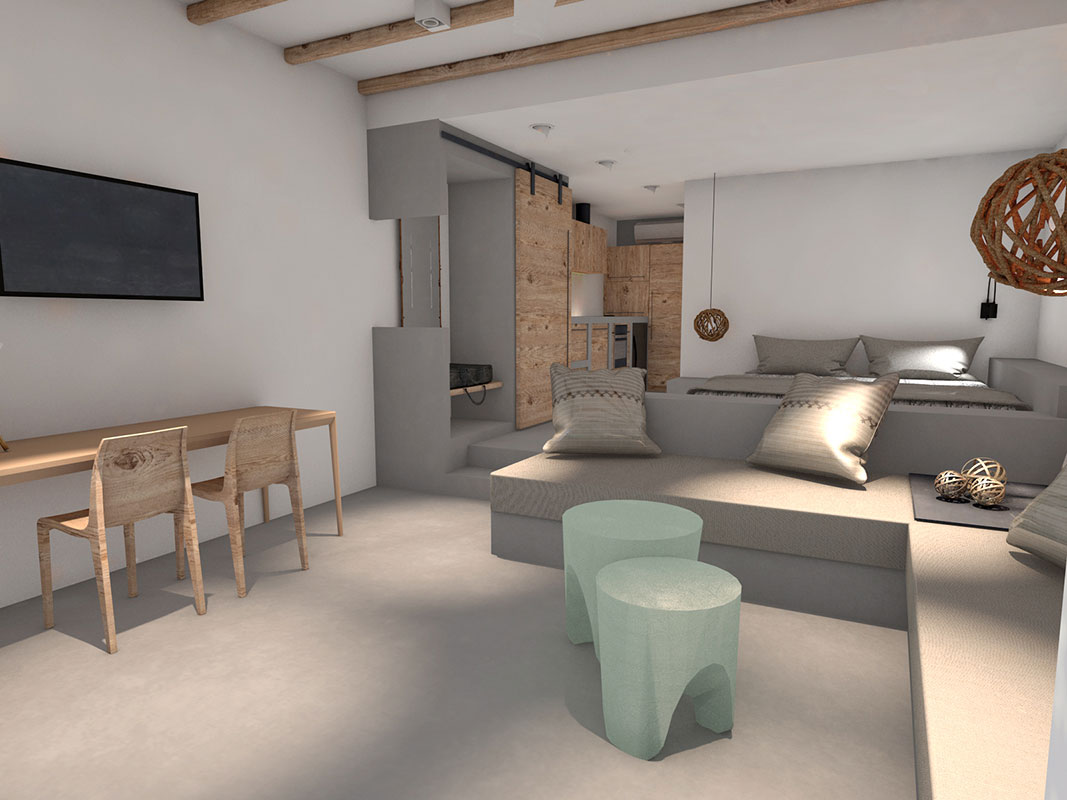 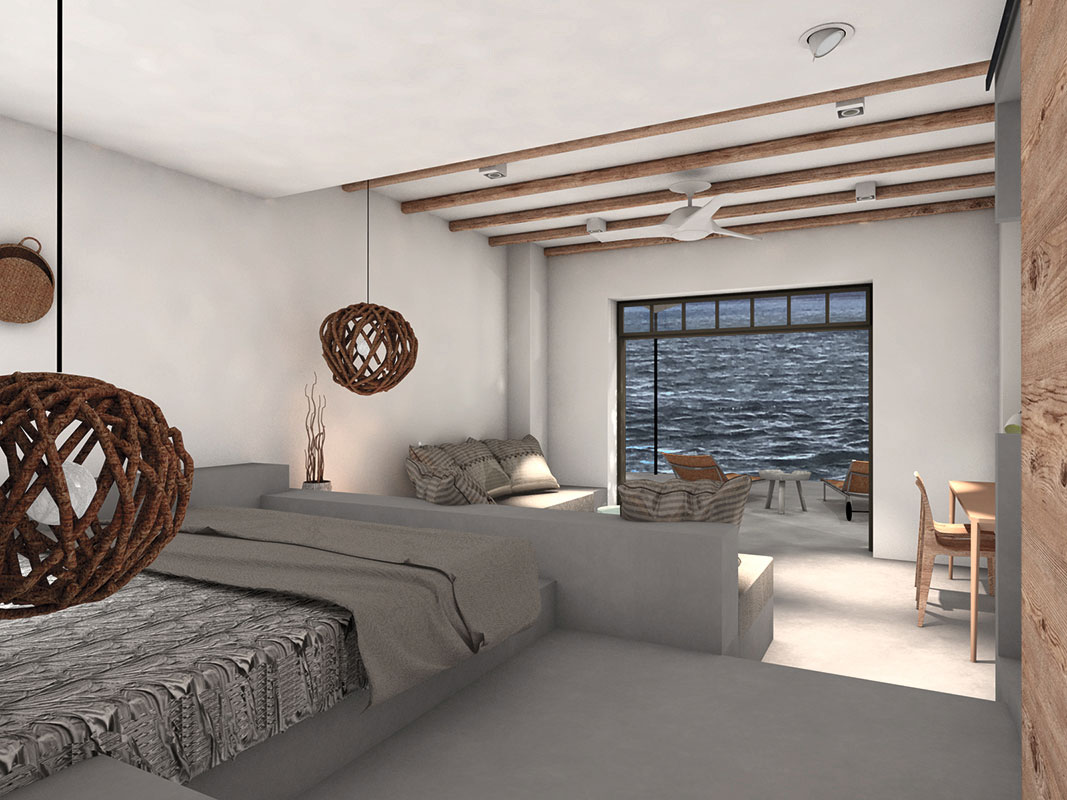 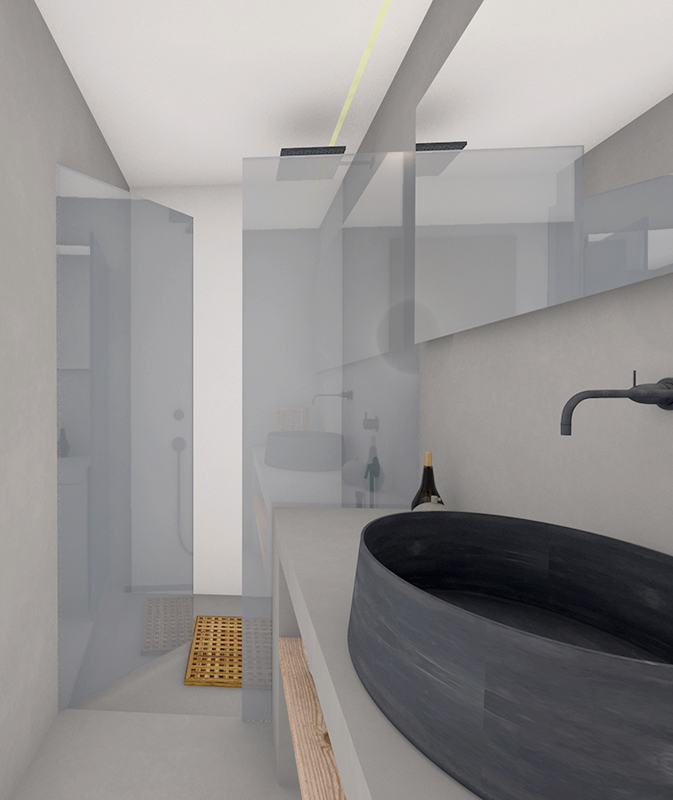 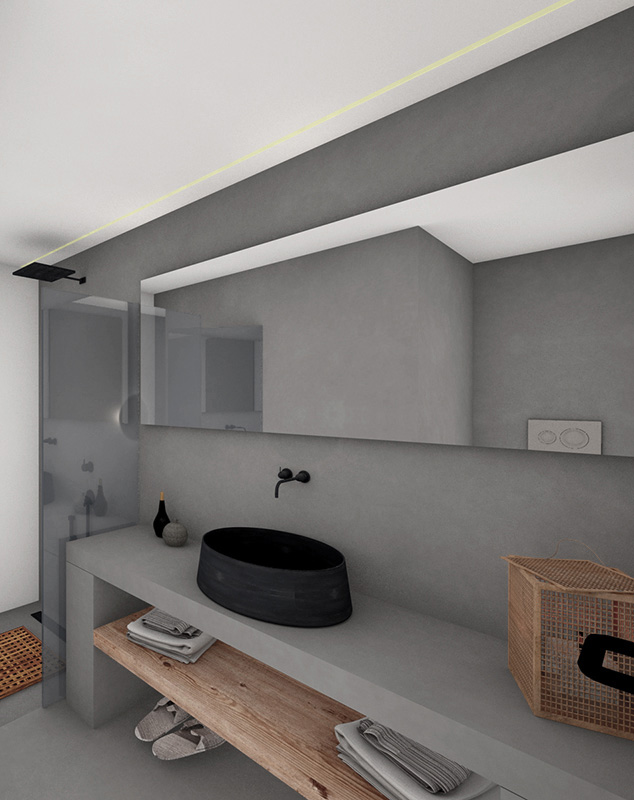 Renovation and re-use of traditional building.

Syrmata are amongst the more interesting structures of Cycladic architecture. They are found on coastal settlements and fishing villages next to the sea and are used traditionally as storage spaces for wooden fishing boats during Winter time. In autumn, at the end of the fishing season, fishermen dragged the boats from the sea with wires inside those spaces, that contained all the equipment for their maintenance and repair. This is how these buildings acquired their name, Syrmata meaning “Wires”.

In terms of their morphology, Syrmata are sunken spaces hollowed out of the volcanic rock with only one face towards the sea and a large double wooden door allowing entrance to the boats. Some of them had two stories with the top floor being a rough, temporary fishermen’s dwelling. Nowadays very few Syrmata retain their traditional use, with most of them being converted into summer homes. The distinctive character of settlements with Syrmata, caught the eye of the islands visitor’s, resulting in their constant and emerging utilisation as tourist accommodation.

The scope of this project is the renovation of a one-storey Syrma situated in the peaceful coastal settlement of Agios Konstantinos and its conversion into a summer home for the owners. Additionally it will be used as a tourist accommodation during the summer months. The interior elongated space with a floor area of around 33sq.m. was re-arranged in a fully equipped studio with a kitchen, bathroom, double bed and comfortable living space. Α key criteria for arranging the new uses was the view, so spaces were directed towards the best sea view. This is also why the bedroom area and kitchen were elevated in relation to the living area.

The aesthetics of the existing traditional shell and the extremely wet environment led to an extensive use of built in furniture, covered in water resistant plaster cement. A long built in furniture contains the kitchen, a wardrobe and dressing table and creates spaces for storage. With a sculpture-like process spaces are carved out of its volume, some of them filled in with wooden elements.

Traditional building materials are used throughout such as white plaster, plaster cement in earthy shades and raw chestnut wood. The restoration of the old wooden door with the characteristic window called ‘Portello’, the decorative wooden beams , the weathered boards of the sliding wardrobe door – with the traditional hanging mechanism, the triangular awning-resembling a sail, are all references to the Cycladic landscape and vernacular construction. 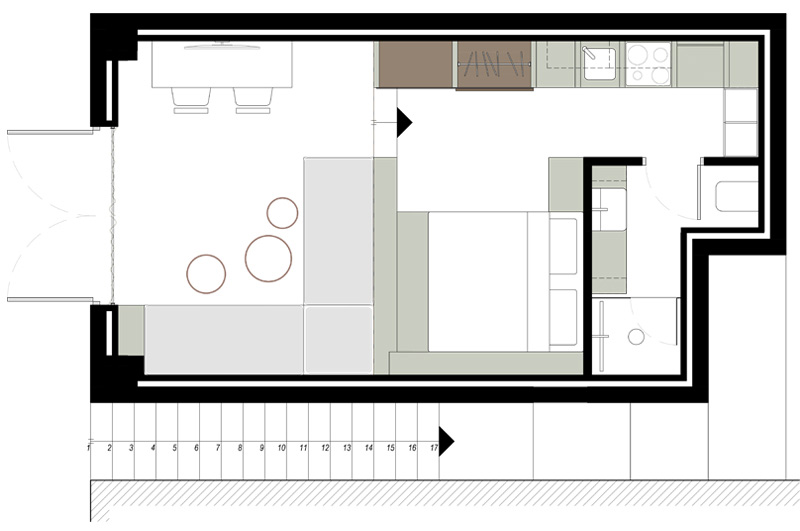