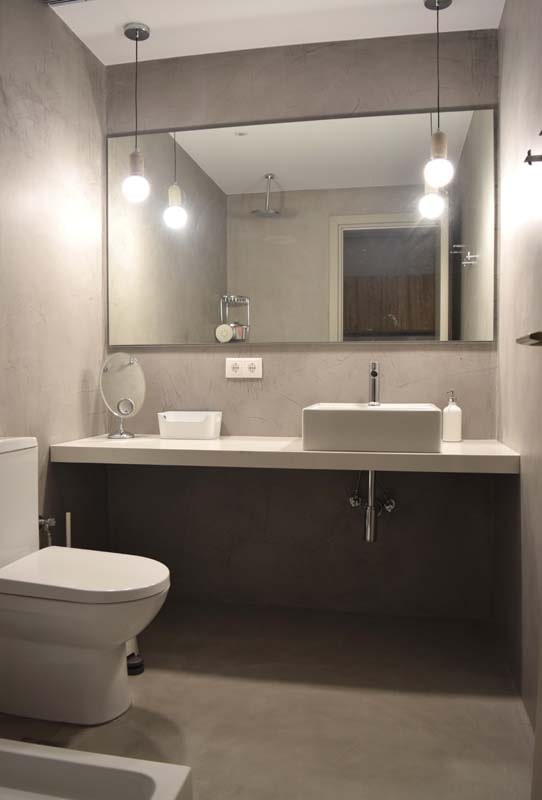 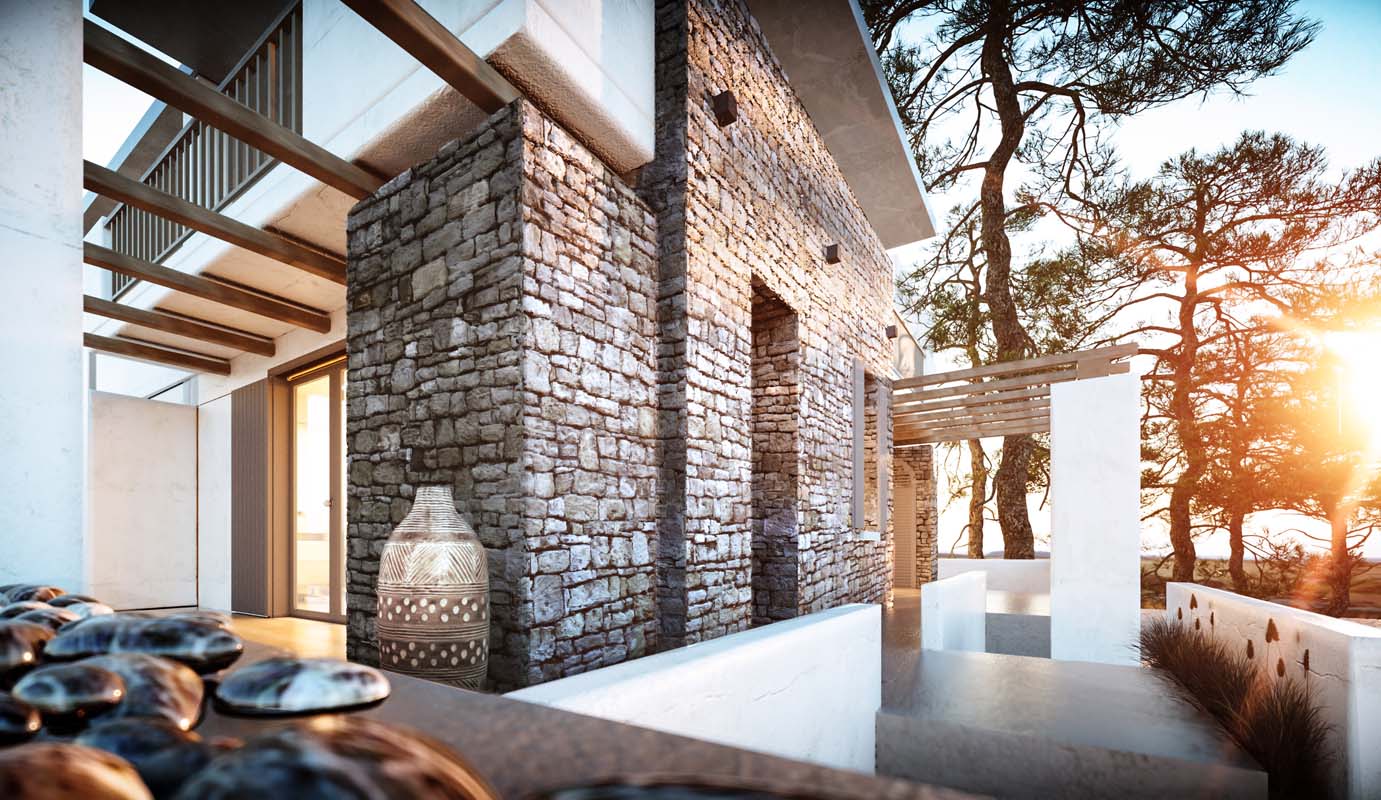 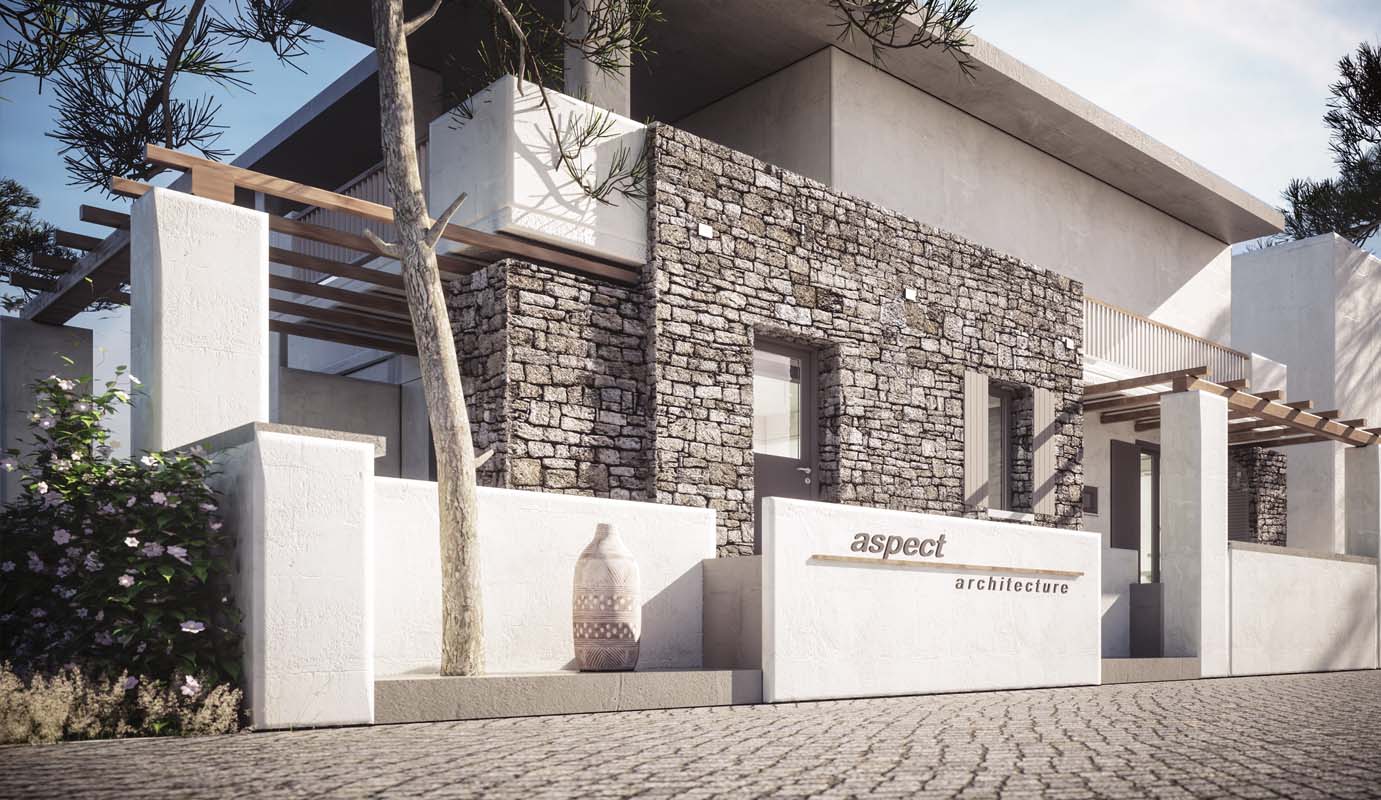 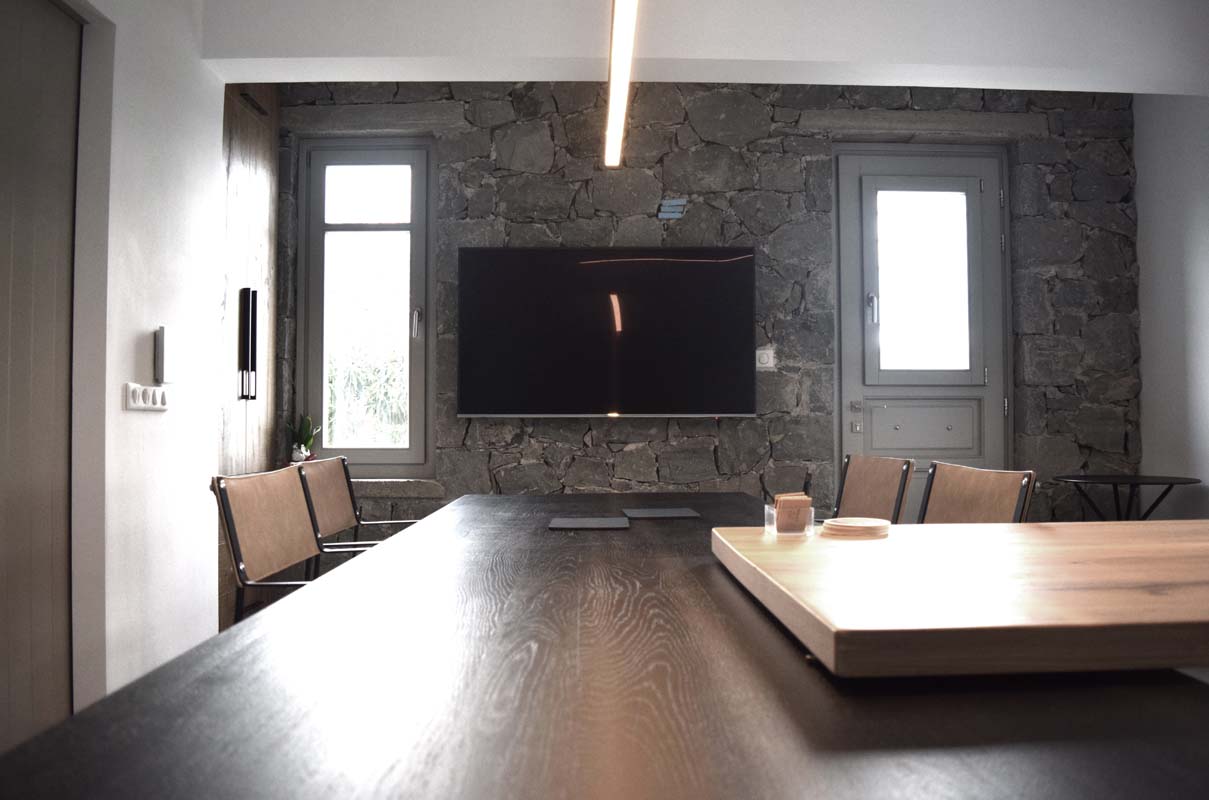 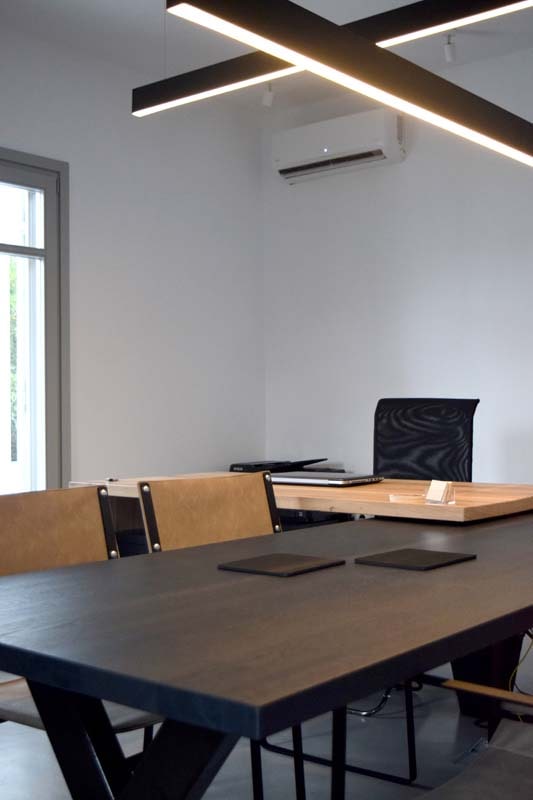 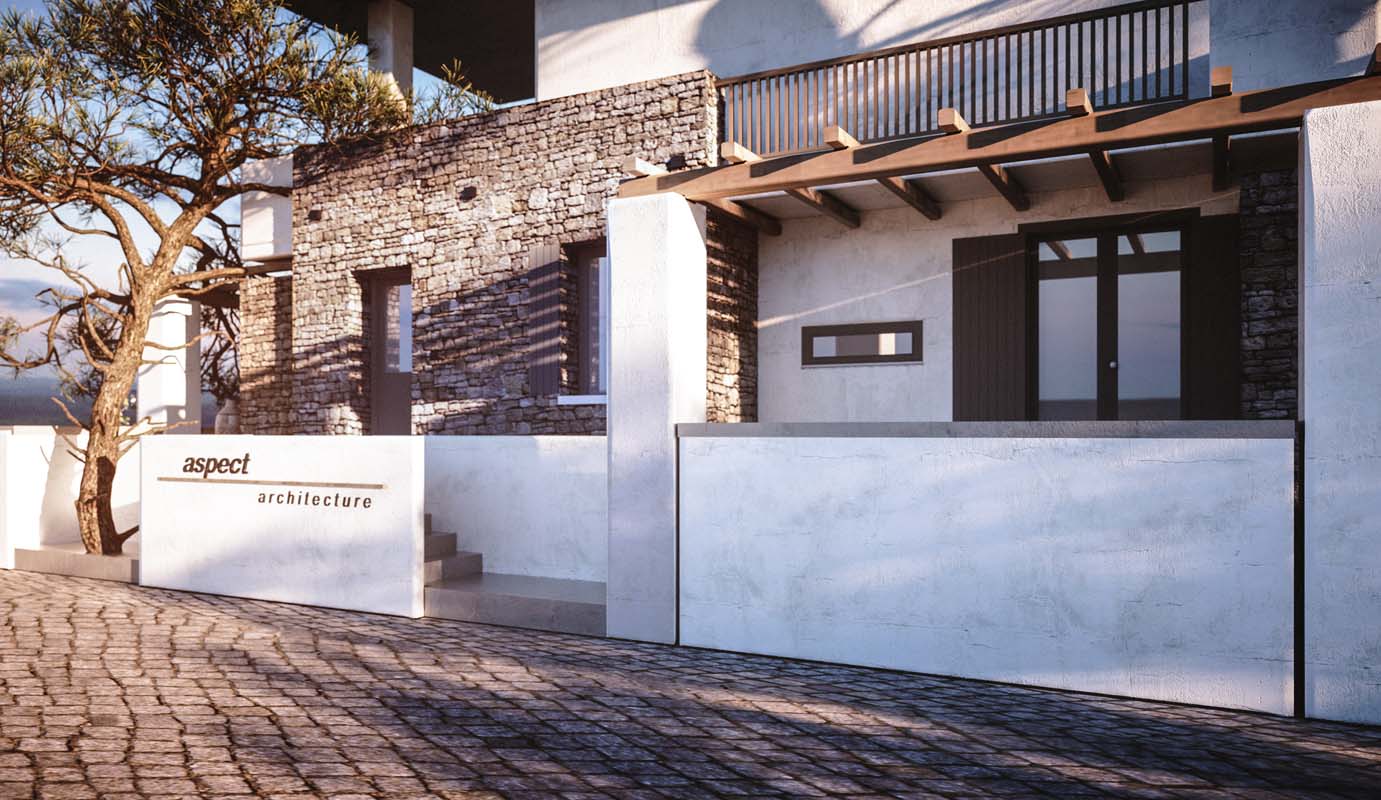 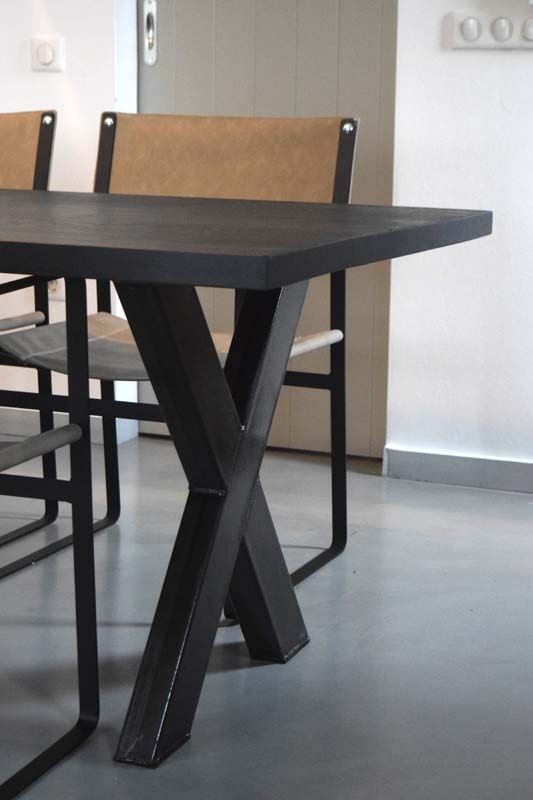 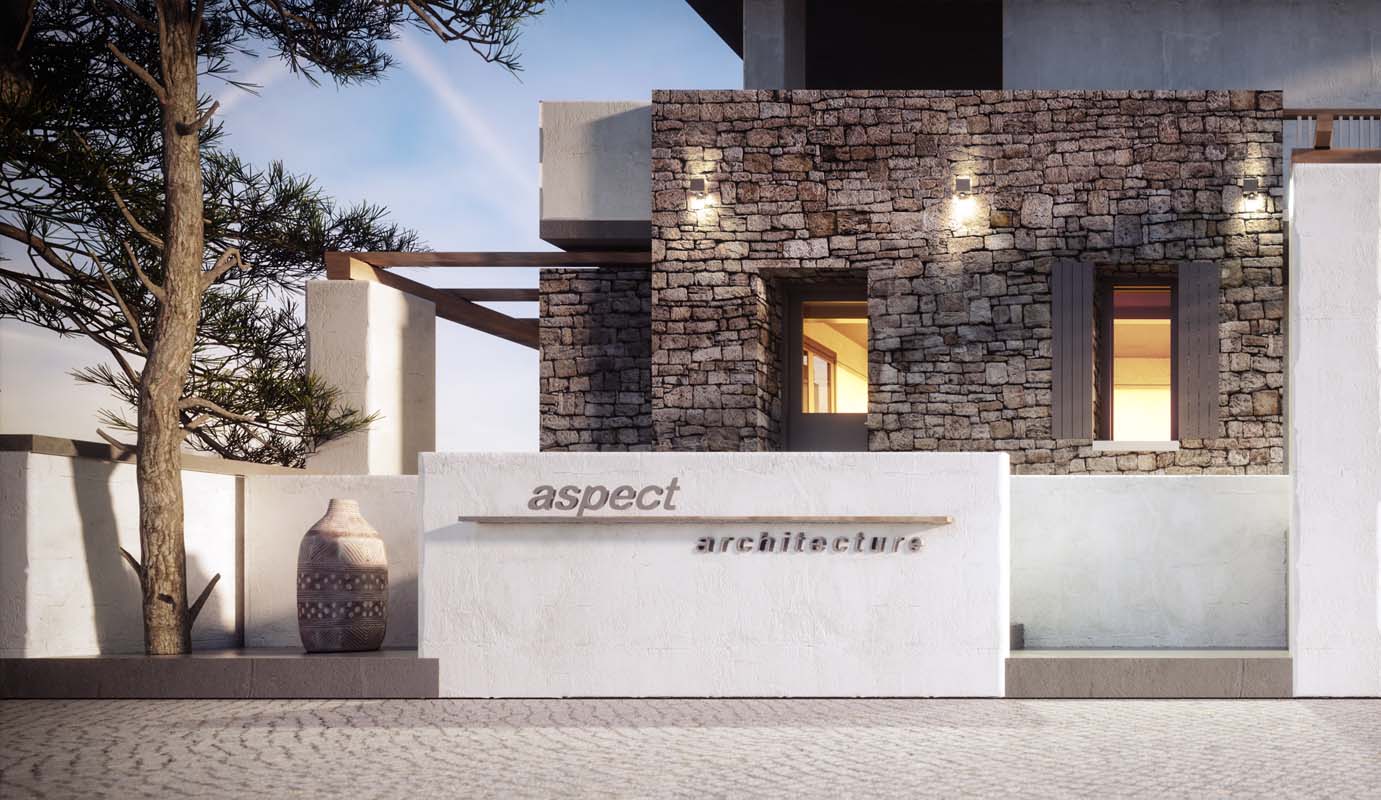 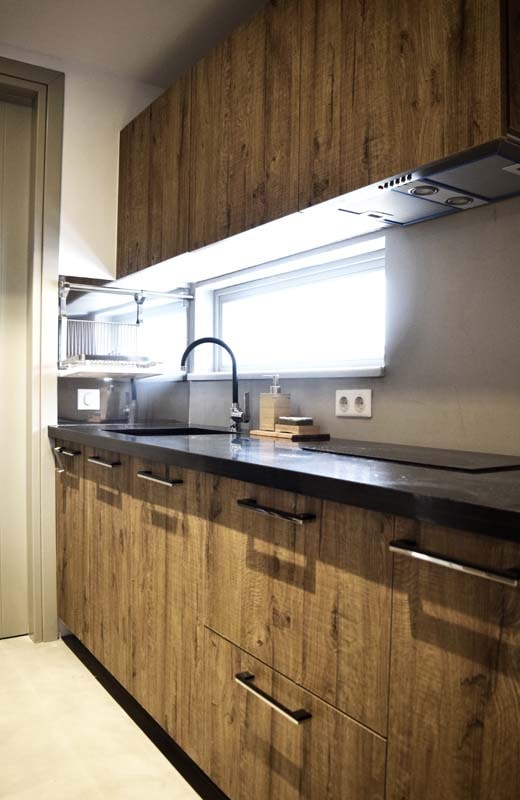 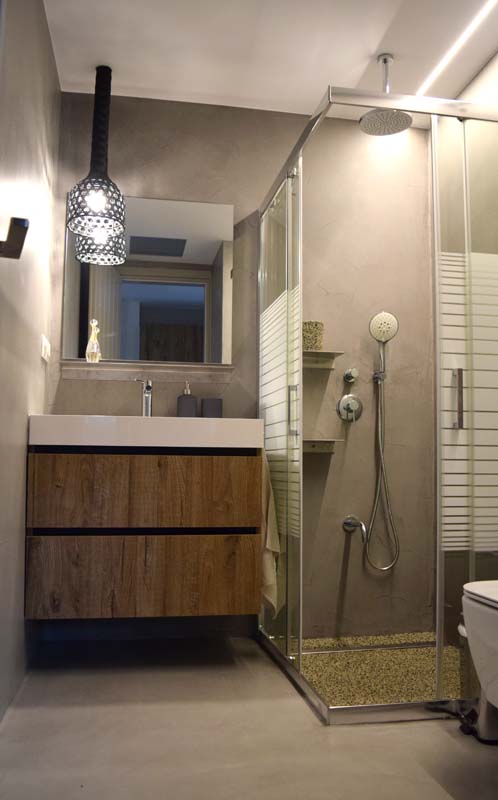 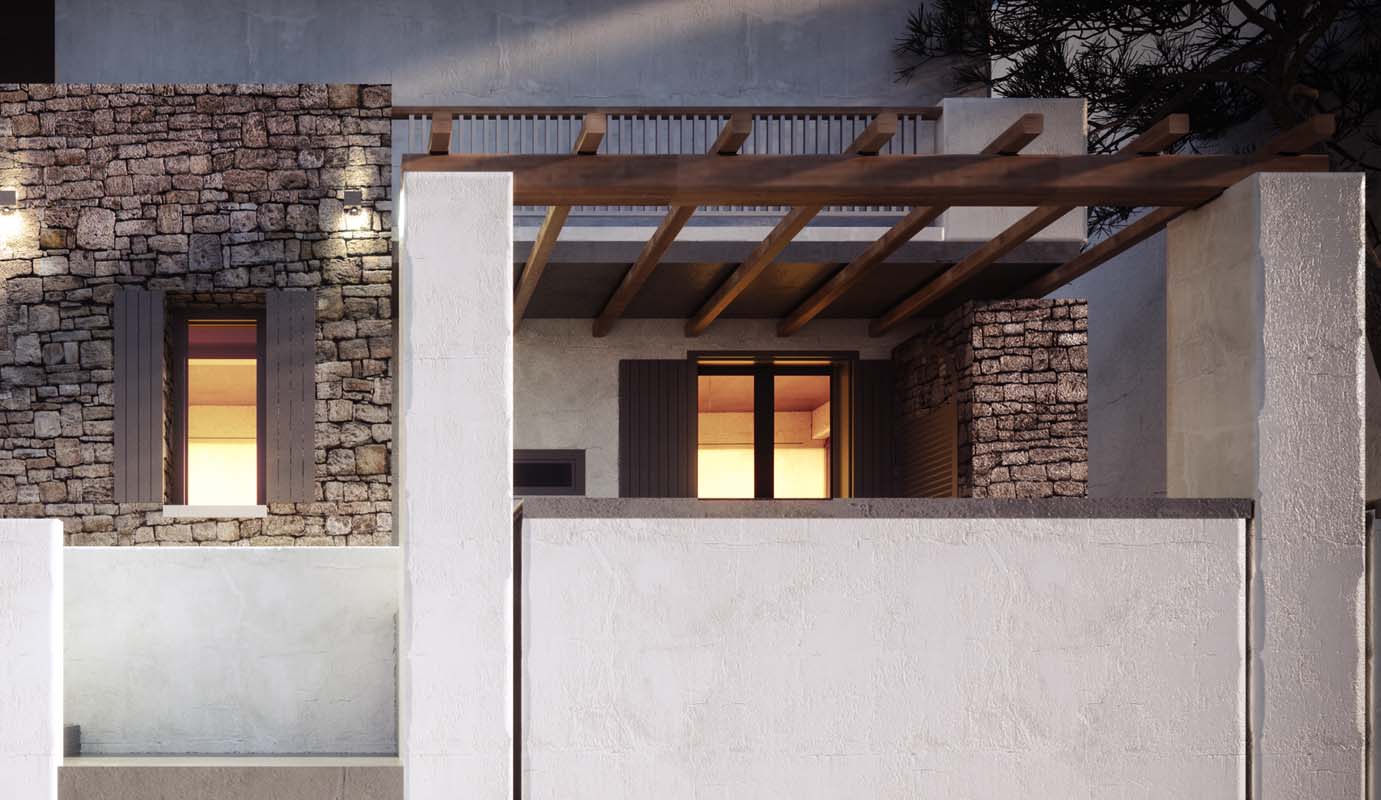 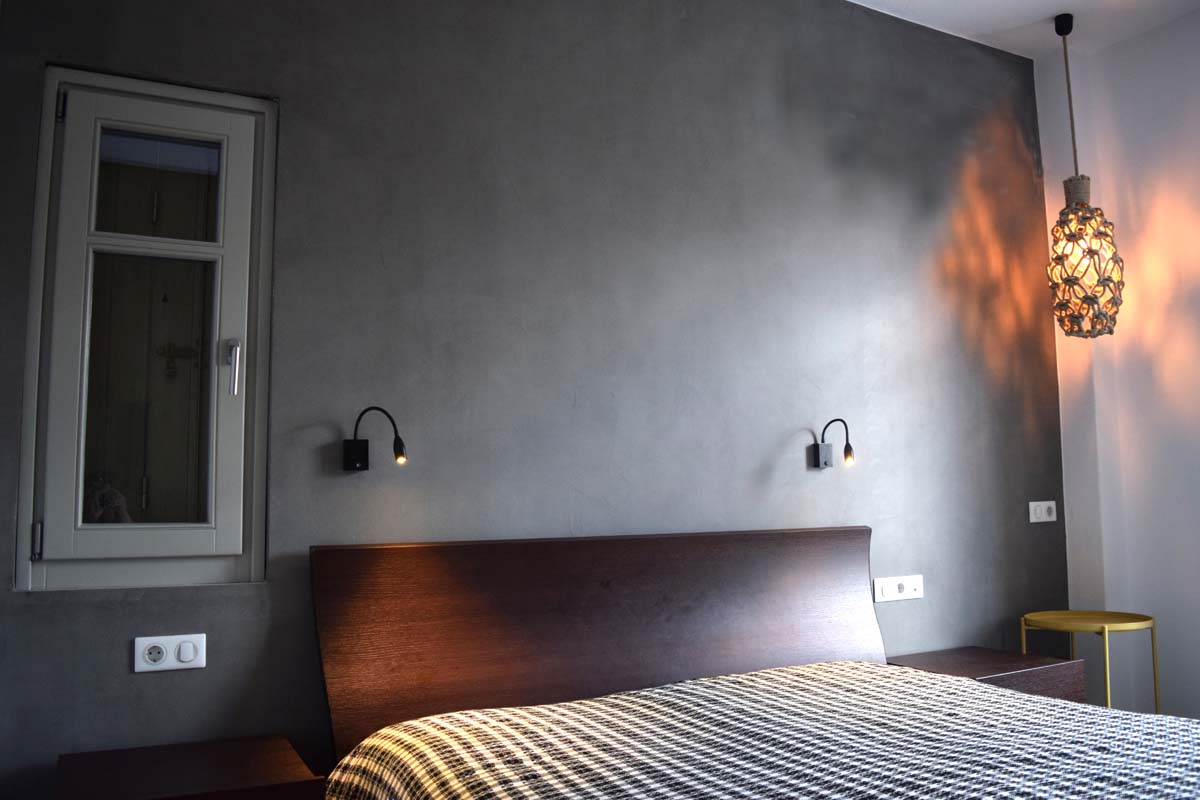 Project’s objective was to recover the charm of Cycladic identity of the existing shell and to integrate all new features in a harmonious whole.

Milos has always been a favorite vacation destination for us. In 2017 we decided to establish a new branch of our studio in the island. For this purpose a two storey residential building of the 1970s was selected. The building’s structure and morphology were more influenced from modernity than Cycladic architecture. However, the building’s clean-cut lines and simplicity, enabled integration to its vernacular context, that has been a primary design objective. The given double frontage plot and the contradicting functions of the building laid down a second design objective: the visual and functional autonomy of the office. Thus, a new façade and entrance was created for the new studio  at the rear side of the existing building, separating the two functions.

Interior and outdoors spaces have been designed and constructed with contemporary materials that were chosen based more on their performance and qualities than their appearance. White plaster, stone from local quarries and plaster cement make up the scene in both interior and exterior spaces of the building. Integral features of the composition constitute the two outdoor seating areas defined by structural elements of the building and the raw chestnut wooden  pergolas. Climbing bougainvillea – this typical fauna of the Aegean and its most efficient bioclimatic device, will eventually provide not only shading but a constant reference to the Cycladic landscape.