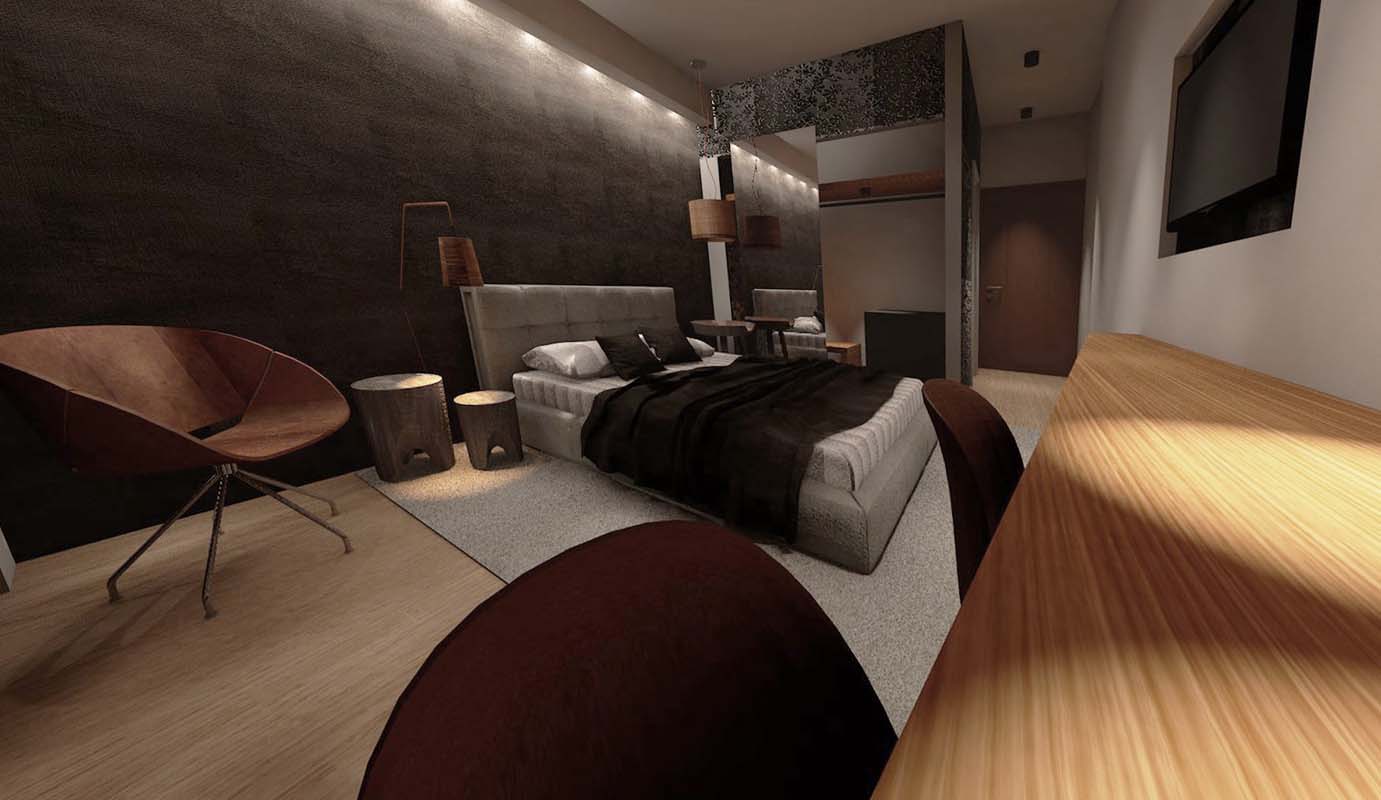 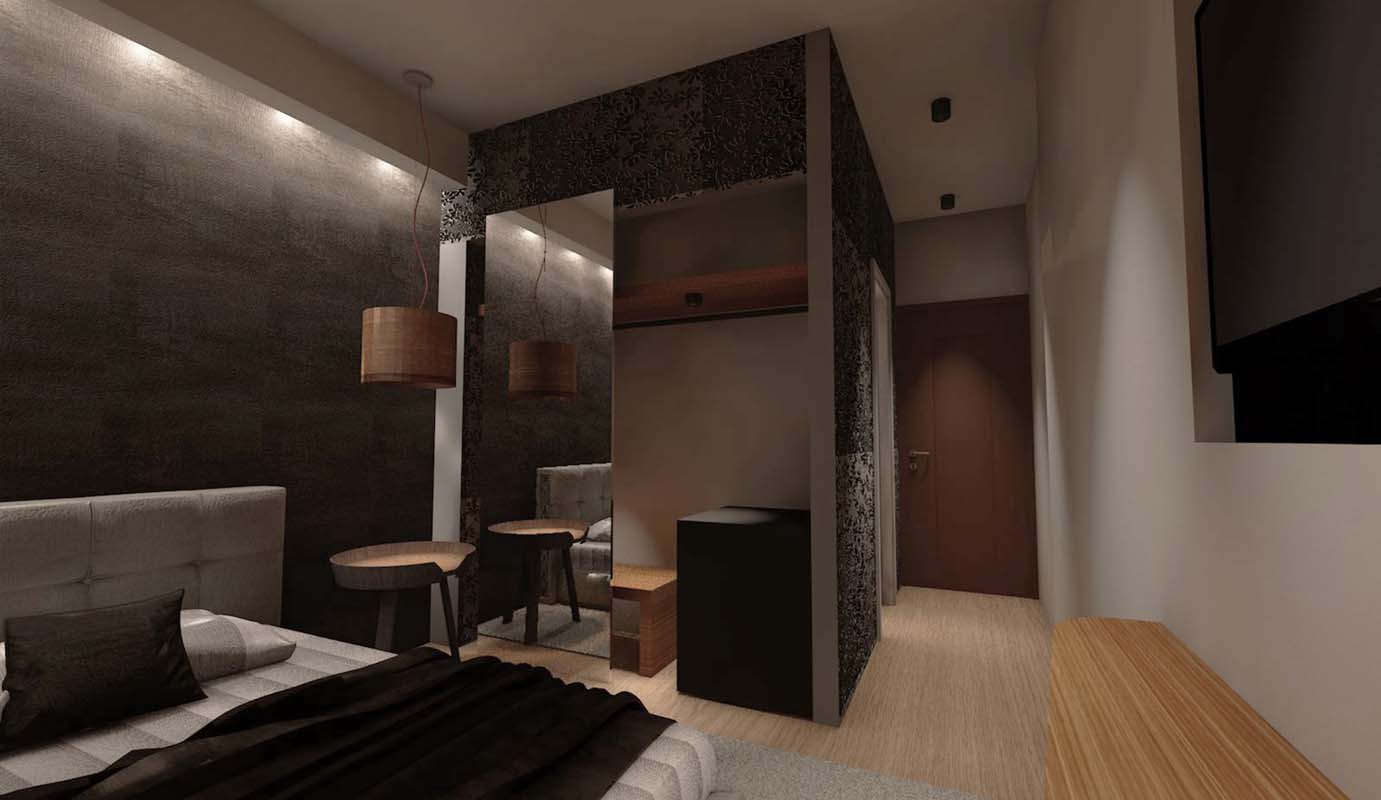 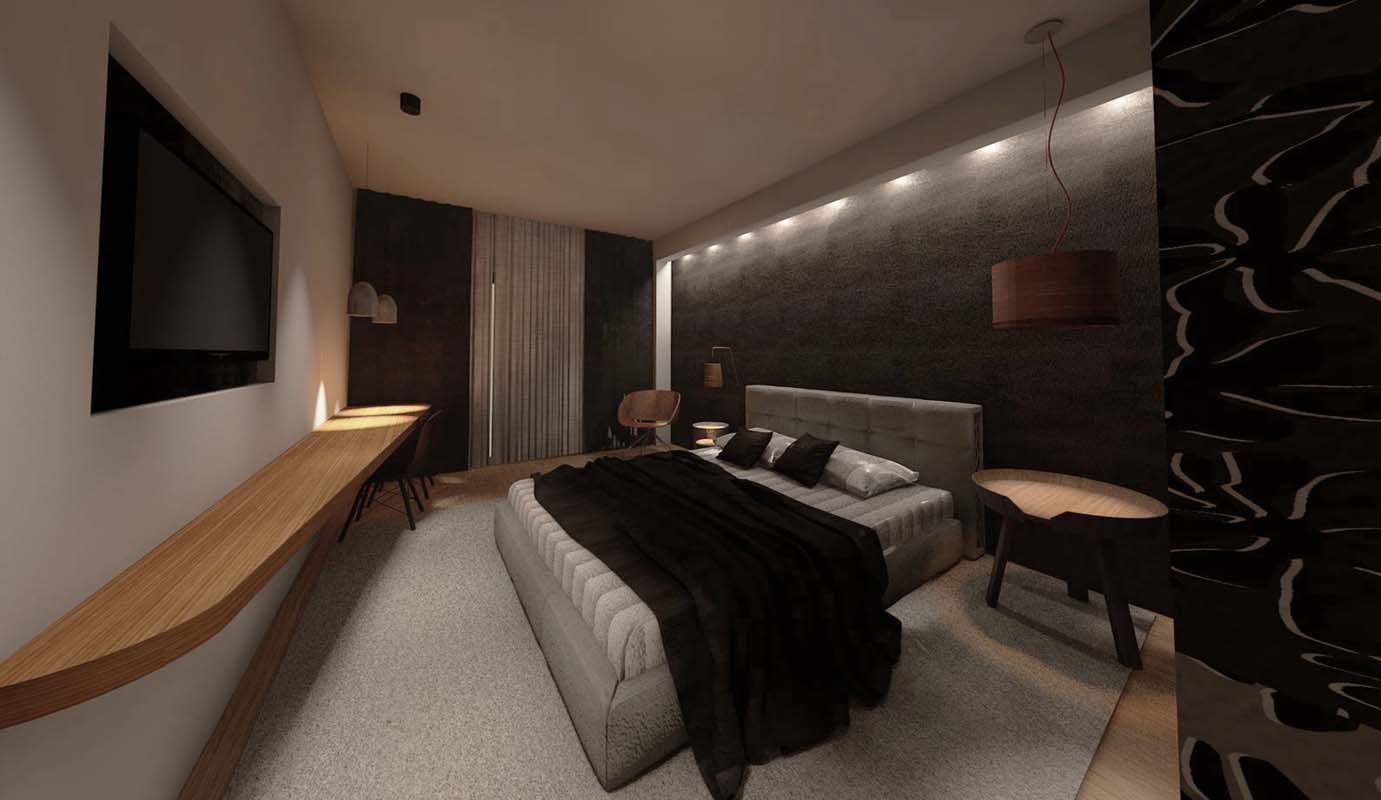 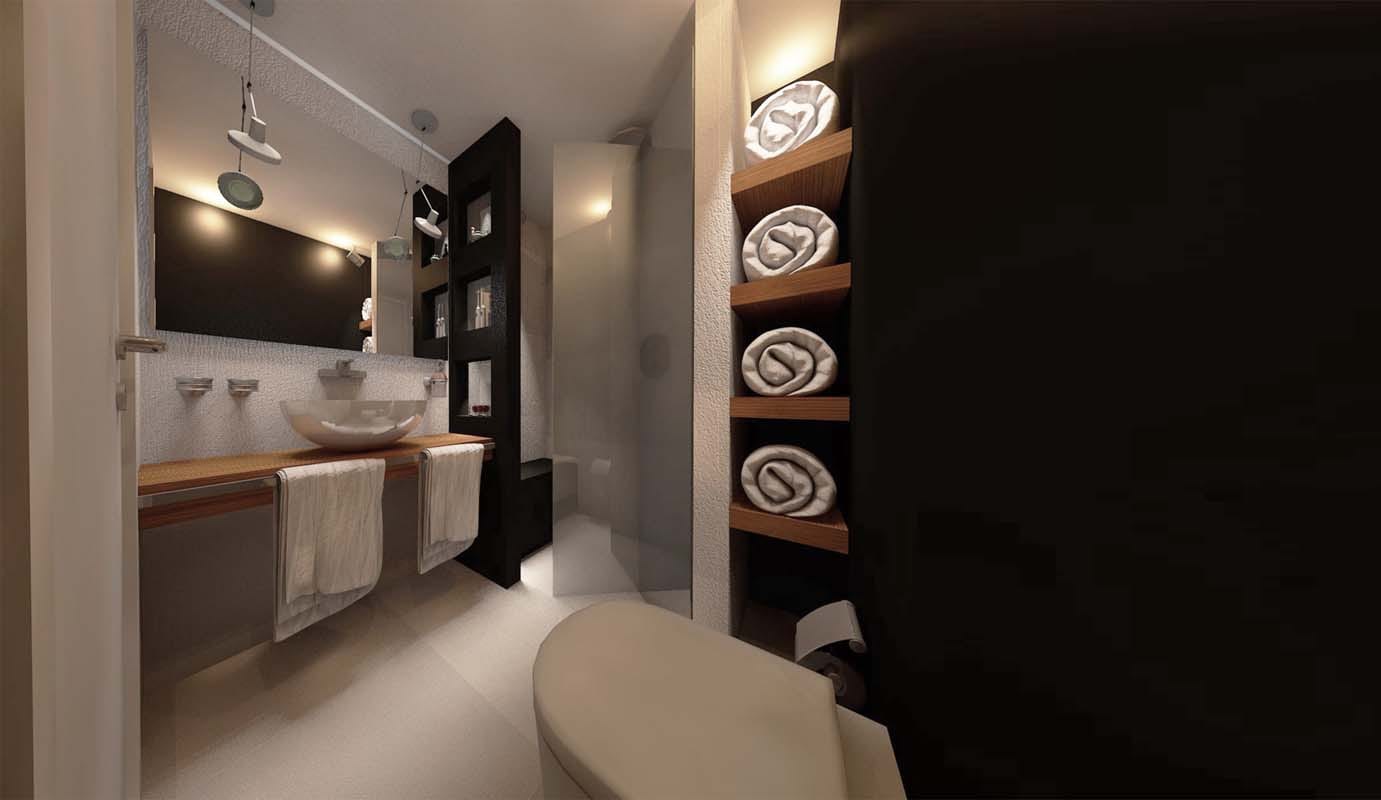 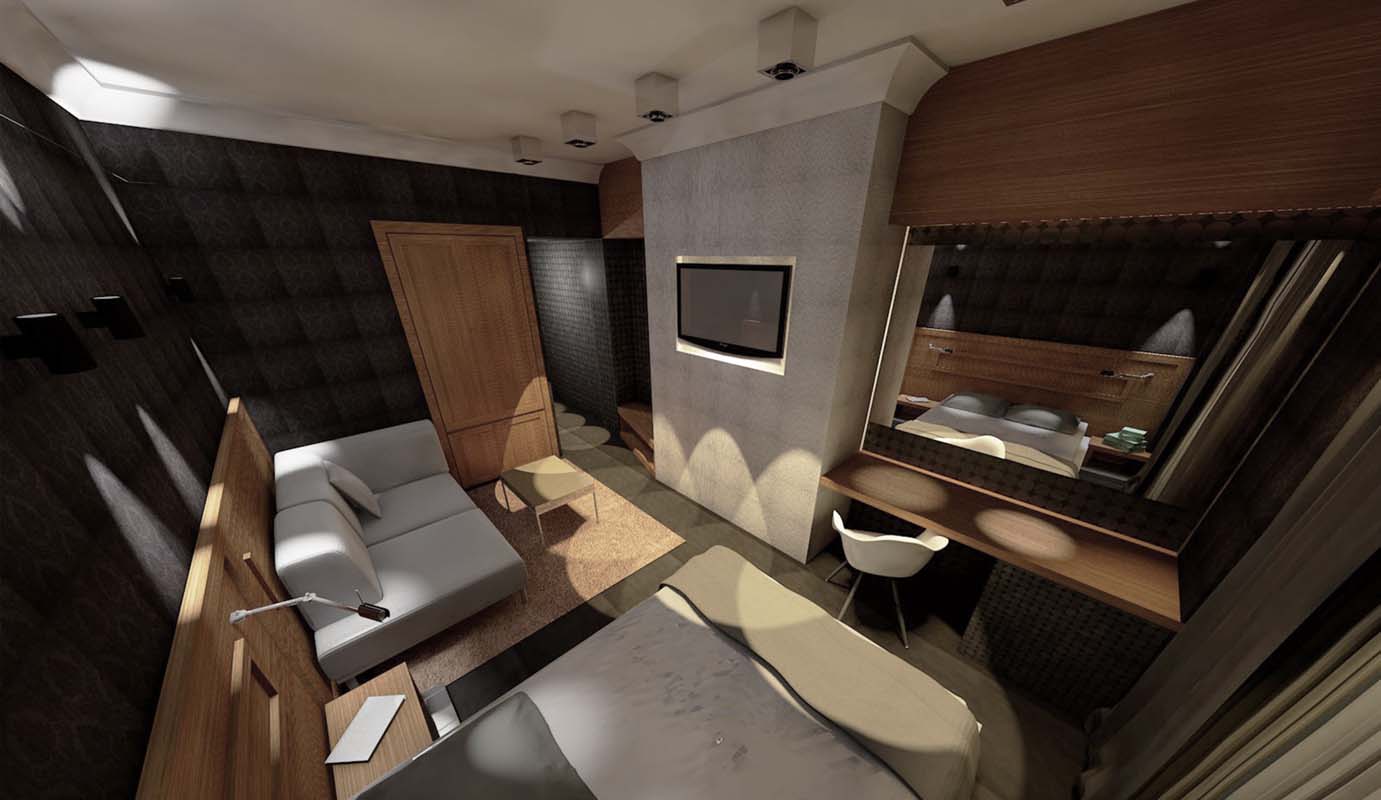 Renovation of urban hotel in Piraeus. Design of a model-pilot hotel guestroom.

Hotel “Noufara”(Waterlilies) is one of the oldest hotels in central Piraeus, of an entirely urban character with a clientele mainly consisting of businessmen and short term visitors. We studied three different levels of interventions, aiming at upgrading the Hotel’sguestrooms and targeting a wider clientele to include tourists and vacationers. Staying on a budget was an important factor, which affected the study.

In the first and mildest scenario the existing lay-out, furniture, and equipment were retained, the rooms’ interior surfaces were redecorated and the bathrooms were fully reconstructed. Second scenario studied the full redesign of the rooms and its furniture and equipment retaining the existing lay out as well as fully reconstructing the bathrooms. Final scenario was a total renovation of the room and bathroom suggesting small scale alterations in the existing lay out. In this last version the room becomes more cozy and hospitable intending to attract new customers. The mild atmosphere and minimalist elegance address the needs of the modern professional-visitor, while the hospitable-cozy atmosphere fulfills the needs of holiday seekers.