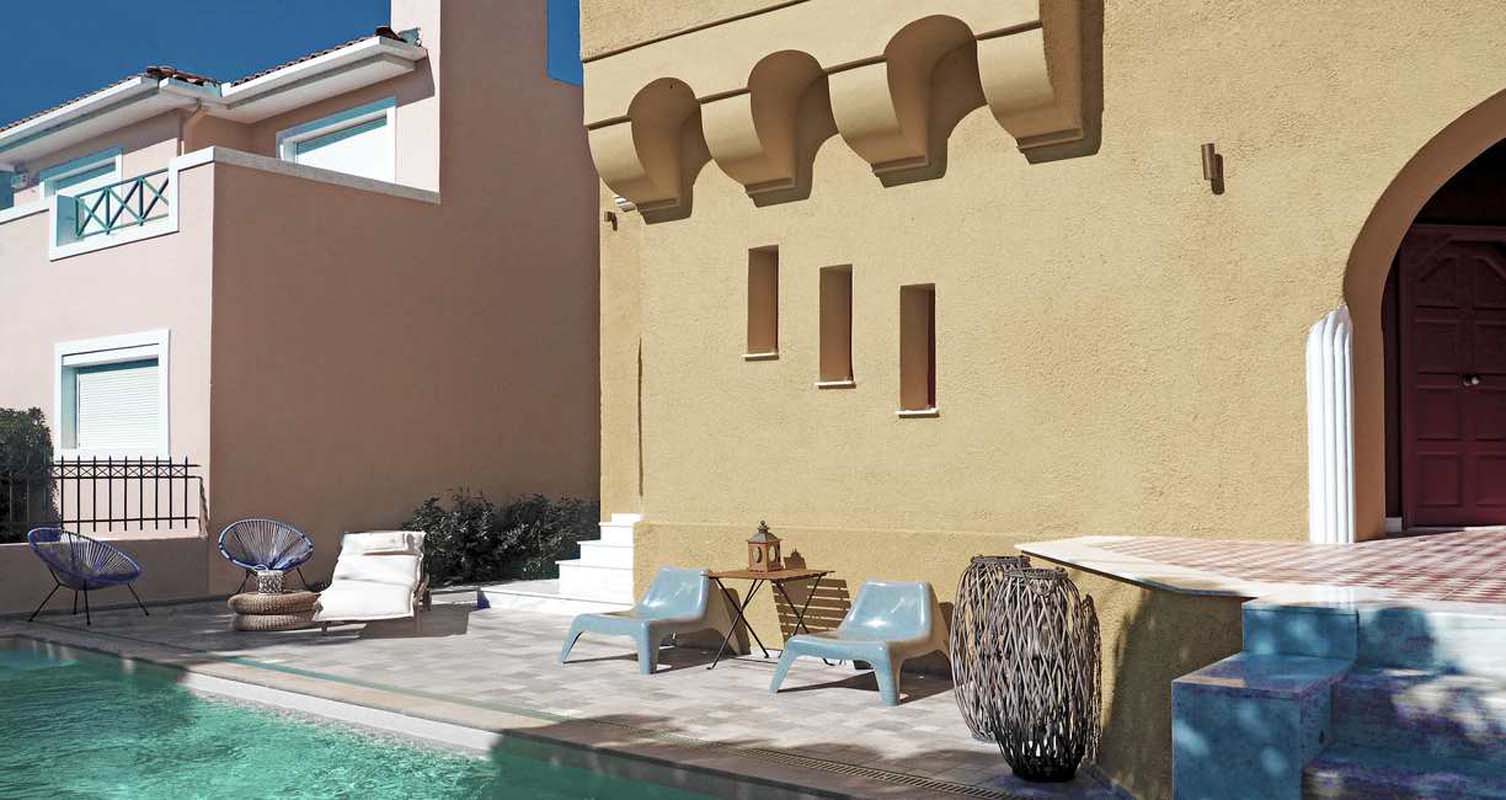 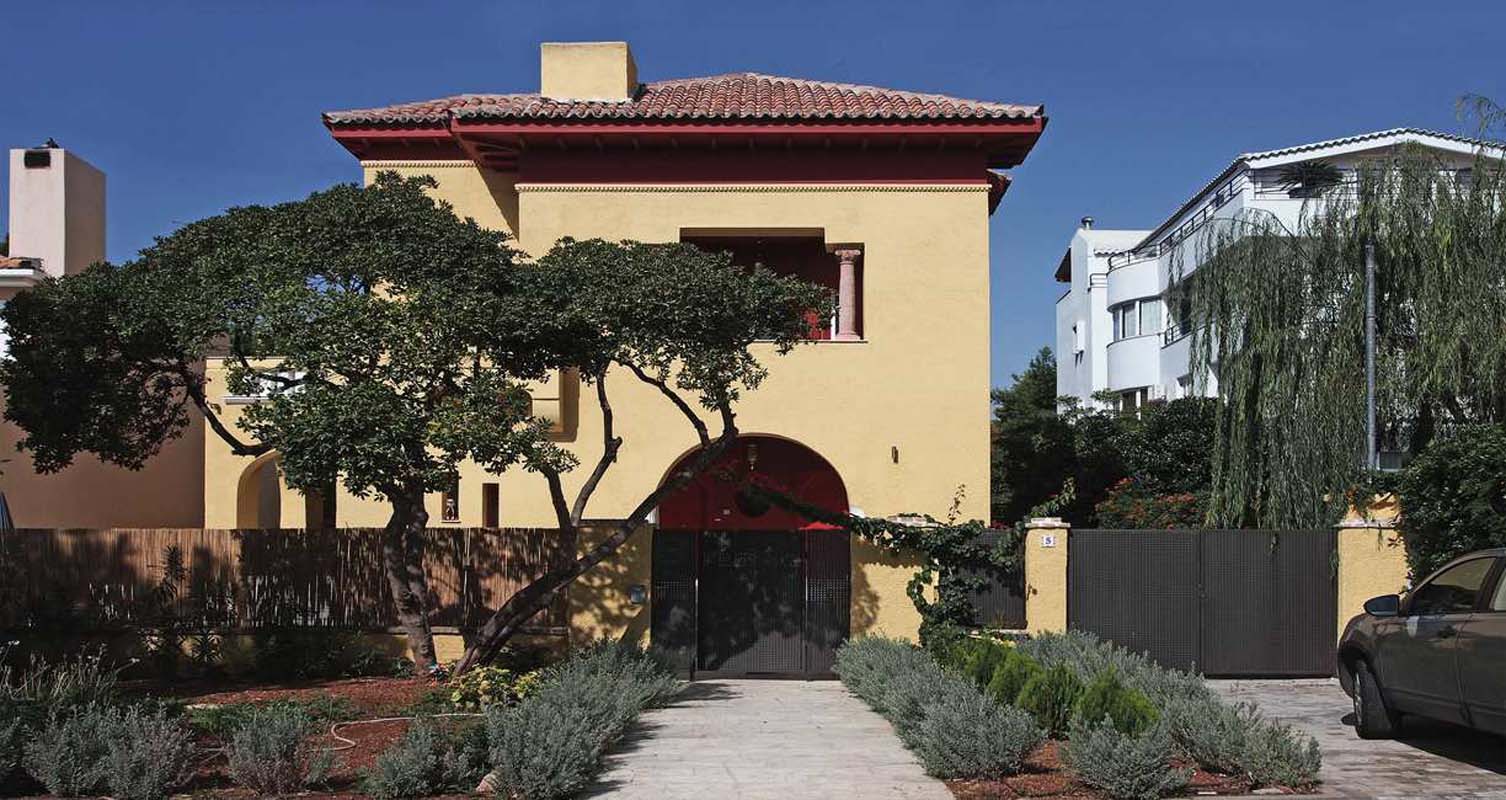 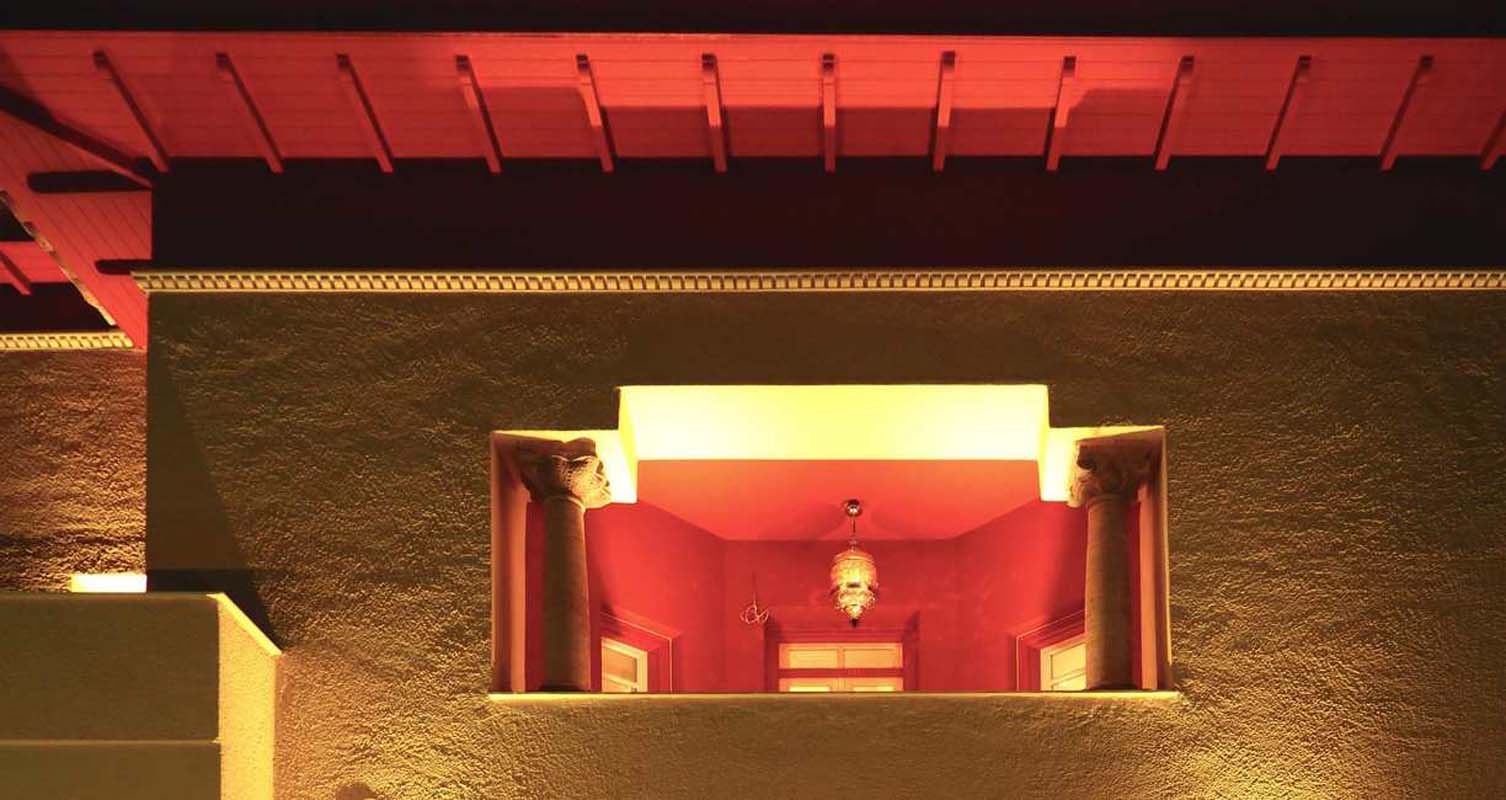 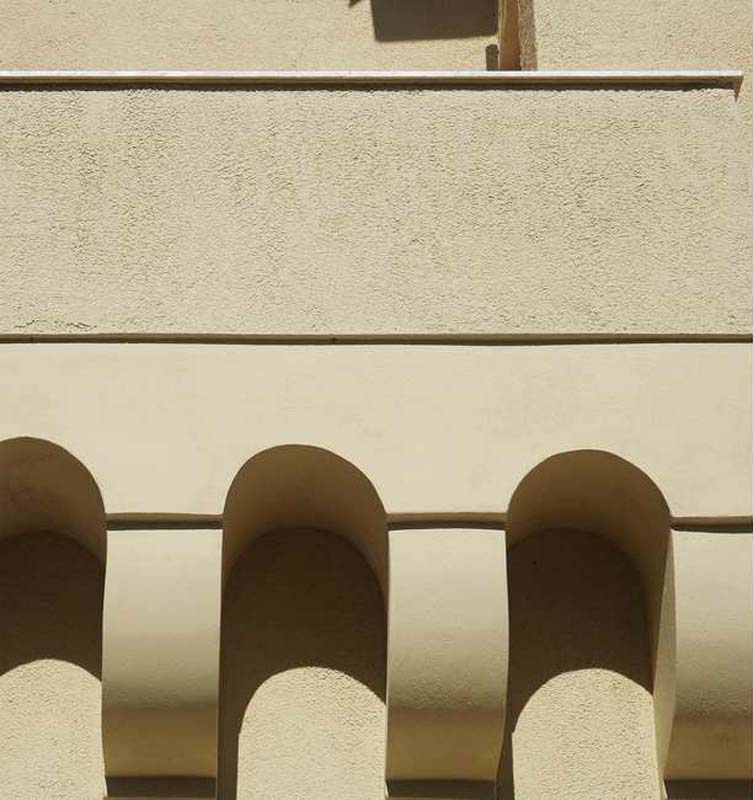 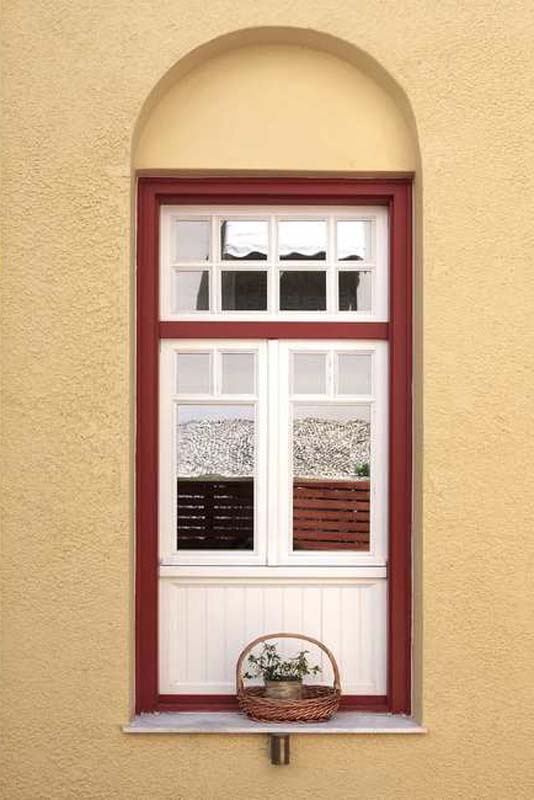 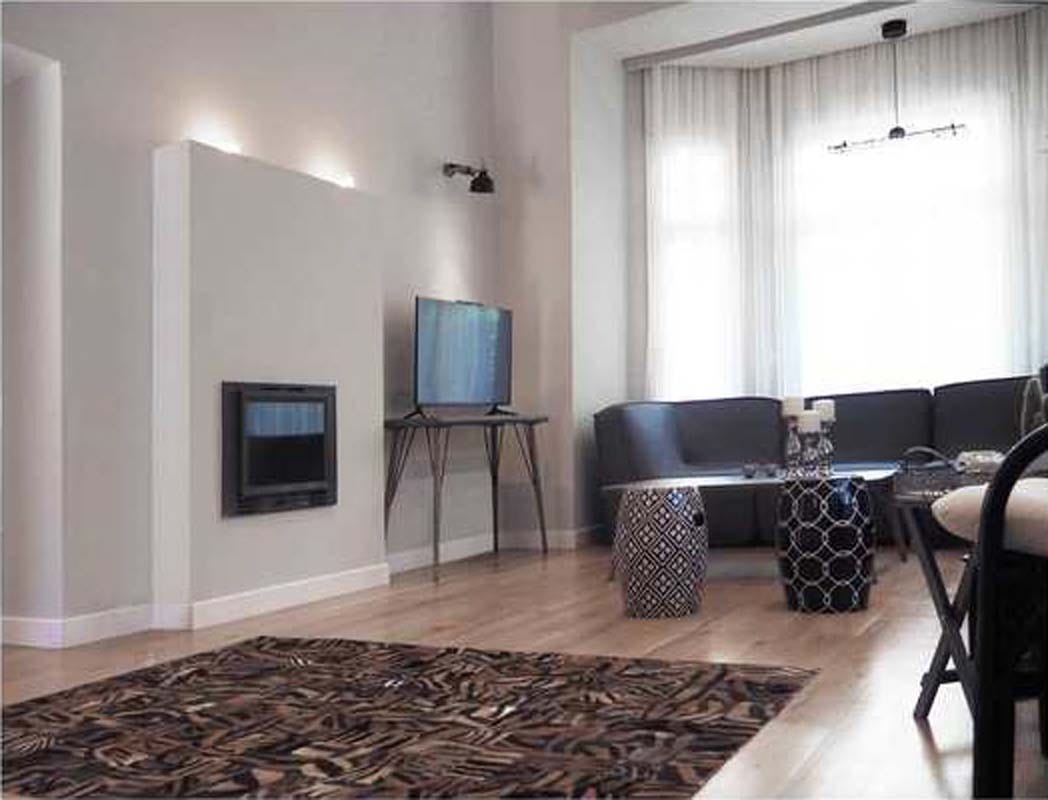 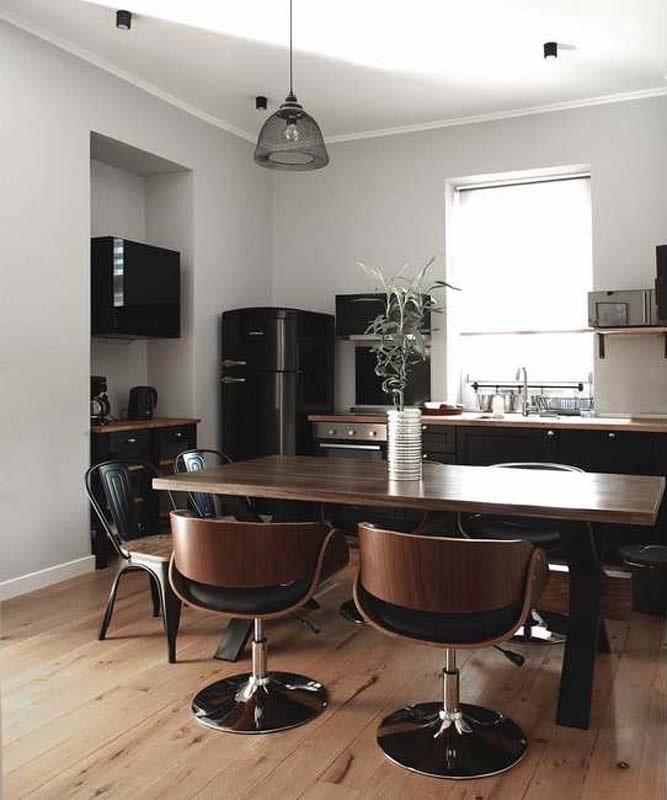 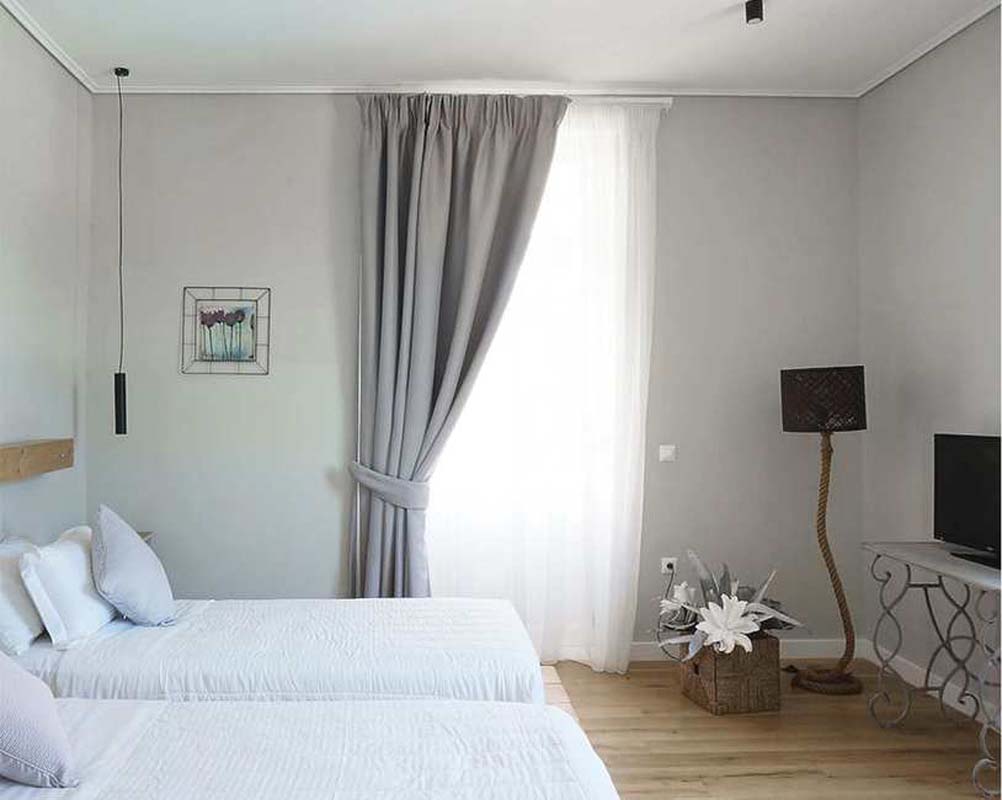 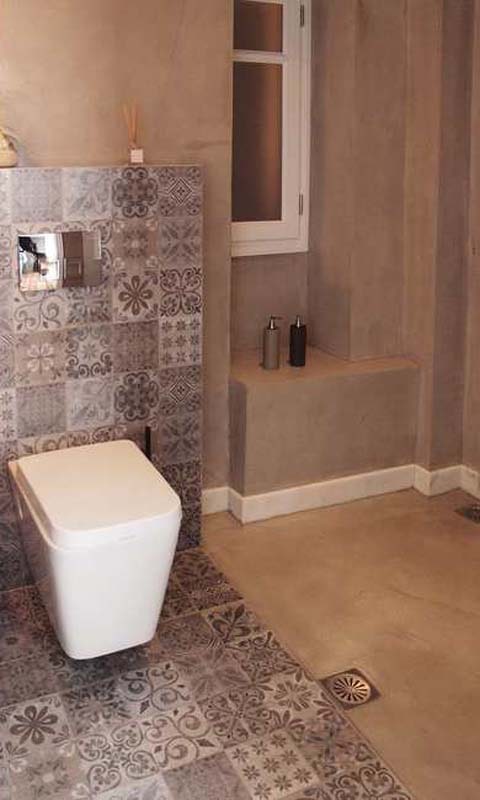 B-Residence – a two storey building with basement, and tiled roof – is adjacent to the waterfront of Glyfada area and had been evacuated due to extensive deterioration. The architectural proposal involved small interventions to the interior lay out, the addition of an elevator and the construction of a swimming pool outdoors. The project was assigned to our studio at the Detailed Design stage, and we were asked to contribute to the interior layout and decoration, lighting design, material selection and custom furniture design. Designing the outdoor spaces was also of great importance since eventually the property would be used as a tourist accommodation during the summer. Considering the building’s history, the neoclassical style of the facades and interior decoration were preserved by carefully handling the deteriorated parts of the building, in constant collaboration with the client.

The property is a listed building located in Glyfada, in close proximity to the Waterfront, where a considerable amount of old properties have survived, most of them of an eclectic style. It is a two storey building with a basement, a tiled cross-hipped roof and terraces.  Public spaces (living room, dining room and kitchen) are organized in the ground floor; bedrooms are situated in the first floor and all secondary uses in the basement. The largest section of the cross-hipped roof accommodates an attic, whereas the other the stairwell. The plan has an off square shape. The main entrance is located on the south façade and is marked by a large arch opening on an octagonal shaped terrace.

Even though the building resembles a simple cube, a closer look reveals an intense plasticity with niches and overhangs, sculpted in its volume. Plasticity is further emphasized with the ground floor terraces, the arched balcony and the complexity of the roof. The building is decorated throughout in an eclectic style, with mainly neo-byzantine, renaissance and some central-European features. However this particular mix of varied morphologies and decorative motifs, lacks coherence and is realized with a rather awkward construction detailing. The architectural proposal aimed at an adaptive re-use of the building, repairing and preserving it while retaining its historic features and original lay out. Structures that had been added at a later stage, altering the buildings character, were modified or even demolished.

At the construction stage masonry walls werereinforced with appropriate grout, the floor’s frame (wooden or metal) and all corroded metal lintels were repaired, reinforced or replaced. Exterior coatings were replaced with new strong fibrous reinforced mortar and all plaster decorative features (decorative strip, quaternary chamfers in the entrance arch, arched recesses in the openings) were also repaired and filled in. Door and window frames and casings were either repaired or replaced with similar ones. Special care was taken during the selection of materials to correspond with the buildings historical features, whereas custom made furniture were also designed and constructed.

On the grounds that the property will be used as a tourist accommodation during the summer months, special consideration was given in all outdoors spaces. Interventions include the construction of a swimming pool -coated in cement plaster- in the garden, the covering of floors in all outdoor seating areas with old tiles or new cement tiles of similar style, the conservation of the entrance’s marble steps, and finally additional planting in the garden for shading.